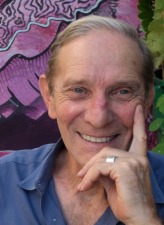 Dimitri Rimsky has been involved in the visual and performing arts all his life. Son to artist Feodor Rimsky, and life long member of the Washington Art Association (to which his father was a founder). Dimitri also founded the Savoy Agency, a multi-faceted talent agency running nightclub and concert venue entertainment calendars during 1980’s. He has organized many public and private events and continues to support creative activities however possible. Dimitri
is currently a retired web designer and occasional poet. 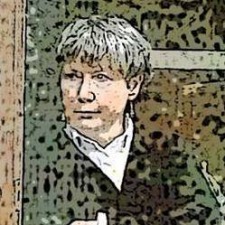 Candace Curran is the founder and organizer of INTERFACE, a collaboration of word and image, exhibitions including the work of twenty or more artists and poets in presentations throughout Western Massachusetts. Other group multimedia installations include, Four on the Floor and Three on a Tree and most recently, Exploded View. She was twice named Western Massachusetts Poet's Seat laureate and has judged for that competition; as well as for the annual Massachusetts Book Awards. Her poetry can be found in publications, Bone Cages and Playing in Wrecks, (Haley's Press), and the Canadian Haiku journal, Raw Nervz, Meat For Tea, Silkworm and Compass Roads. 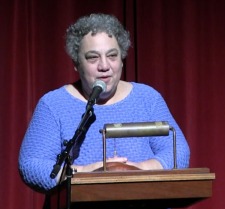 Dina Stander has always wanted to be a poet when she grows up. She has a new book out Old Bones & True Stories. She has been published in Naugatuck River Review - 2014, in the Austin International Poetry Festival Anthology: Di-verse-city 2015, published in Silkwood 2017. Because of disabling spinal cord damage she has had the extraordinary gift of time to consider how to live in peace with pain, and how to reach into the present for a redemptive lift. 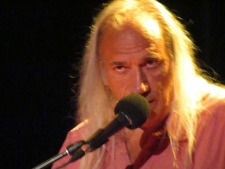 Paul Richmond has been appointed Beat Poet Laureate of Massachusetts by the National Beat Poetry Foundation. Paul's work is best described as political and deadpan, delivered wryly humorously in his own style. He has been called Assassin of Apathy – power of words / humor - on the unthinkable, the unsolvable, to analyze to digest to give birth to creativity and hope. Paul has performed nationally and internationally on stages from the Austin International Poetry Festival, to Gödör Klubban at the Jazzköltexzeti set in Budapest, Hungary. Beat Festival in Sweden…. His work has been published in four books, in many journals, magazines, anthologies and poetry collections. He runs Human Error Publishing which promotes Word events and festivals and publishes books.